Can Society Function Without Respect? 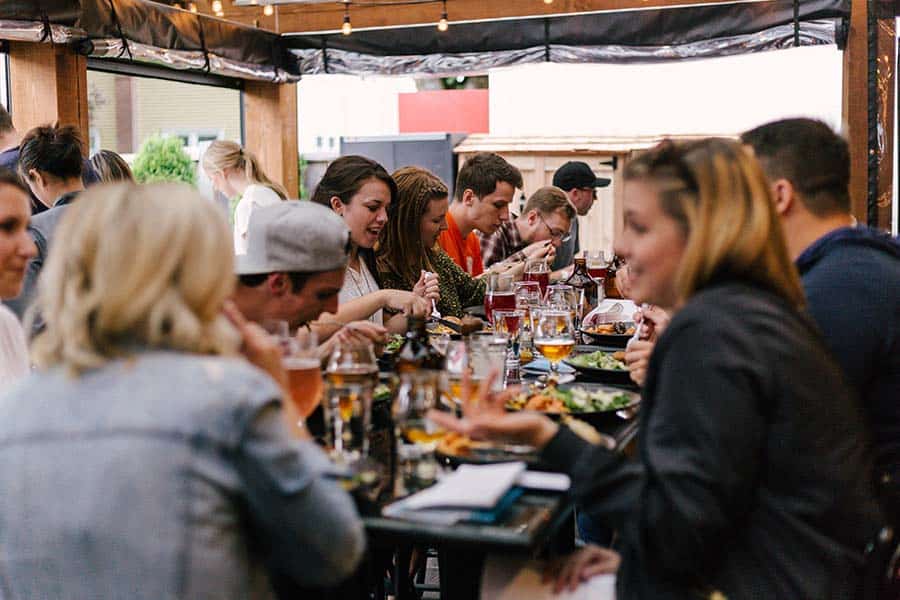 The word “respect” has become increasingly common in social justice circles, as have its variants: “being respectable,” “respectable society,” and so on. It’s a word that is frequently invoked by those seeking to change social norms or correct the actions of individuals. But what does it actually mean? Respect can be interpreted in many ways, but at its core, the idea is that certain behaviors or characteristics should be given a certain level of attention, weight, and consideration because of their significance. In simpler terms, that means viewing someone or something as being more important than another person or thing. The implications of respect are broad and touch upon nearly every aspect of how we interact with one another. An individual who displays a high degree of respect typically demonstrates trust, humility, honesty, morality, and other character traits that are not only admirable but also desirable for society overall. A society that lacks respect might demonstrate fearfulness, betrayal, manipulation, dishonesty, immorality, and many other negative character traits that make such a community undesirable.

Can Society Function Without Respect?

No More Civility Or Manners

Discrimination is generally based on a lack of respect towards a certain group of people. It could be the result of fear or a belief that those individuals are unworthy of the same level of attention, weight, and consideration that others receive. Discrimination can range from a lack of trust to active hatred, but either way, it’s about being dismissive of others. It’s about not treating everyone as though they matter. Institutionalized discrimination happens when society’s laws, rules, and norms are designed to discriminate against specific groups of people. This could be done in a variety of ways, but the general idea is that discrimination is woven into the very fabric of a society’s structure. It’s what keeps people from accessing the same rights and opportunities that others have. Although discrimination can be based on any number of characteristics, it’s often done based on race, gender, sexual orientation, and ethnicity.

People who don’t respect others are less likely to respect genders in the same way. If a society has a cultural belief that men are inherently superior to women, then men will be chosen over women at a higher rate regardless of skill level. Women will be paid less, given fewer opportunities, and dismissed more often because men feel they are inherently more important. Women will be given fewer resources and fewer chances to succeed on their own merits. This is especially true in cases of sexual assault, sexual harassment, and other abusive practices. Certain groups of people are more likely to commit these actions than others because they respect themselves more than the people they are abusing. This isn’t to say that every person who abuses someone else does so with malicious intent. Many people who commit acts of sexual assault or harassment don’t understand that what they’re doing is wrong or harmful. But even so, these actions are rooted in a lack of respect for others.

Body positivity is a movement that encourages people to love their bodies. No matter their size, shape, or texture, people are encouraged to appreciate themselves and to choose self-care above all else. There are endless variations on the type of self-care that individuals should pursue, but the main idea is that everyone should be able to do what they need to do without shame. However, body positivism is often viewed as being exclusionary towards certain populations. People who are underweight are sometimes accused of having an eating disorder because their bodies don’t fit the criteria for a “healthy” body type. People with disabilities who use mobility aids are accused of being able to walk just fine, despite the fact that they may need the aid to help them navigate the world.

No More Care For The Environment

How Do Build Respect In Society?

1. Accept the reality of human nature

2. Be inclusive toward all lifestyles

We need a society that accepts all lifestyles as valid. A society that is inclusive doesn’t exclude anyone, and it doesn’t judge anyone based on their lifestyle choices or beliefs. Every person has something unique to contribute and something unique that they like about themselves, so the more inclusion there is in a society, the better off everyone will be.

3. Accept that everyone is different

4. Be tolerant towards others’ opinions

5. Be respectful towards others

Respect is a word that is thrown around frequently, and it can be interpreted in many ways. At its core, this is a word that means viewing someone or something as being more important than another person or thing. What would society look like without respect? It would be filled with mistrust, belligerence, and discrimination. No tolerance or civility would exist. People would be less likely, to be honest, empathetic, or helpful towards one another. Fewer people would collaborate with one another, and people would be more likely to solve their problems with violence. It would be a society that doesn’t care for the environment or each other.

When Do Football Players Retire?